What Lie Are You Believing? 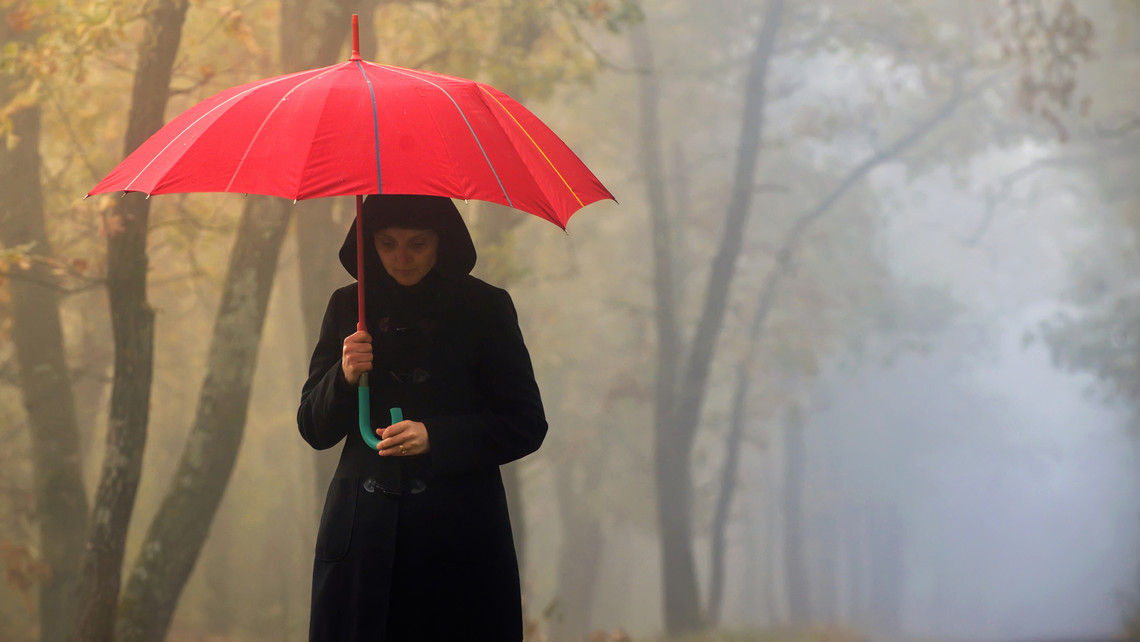 I have experienced 4 full-blown depressions in my life, and the latest of them was as recent as  January of 2014. As with all the others, this depression took me by surprise. In fact, I thought I  had overcome this struggle in my life. Despite the fact that I have had nine children, all of which caused me to experience a varying amount of postpartum depression, I have not truly experienced the deep, suffocating darkness of depression since after my oldest daughter was born in 1992.

If you have walked through, or are currently walking through, the bondage of depression, I  don’t need to explain how it differs drastically from “the blues”, “feeling down”, “feeling depressed”, or any other term for saying that you are not feeling like yourself. For me, those expressions don’t even compare to the awfulness of depression. This is what depression feels like to me….Out of nowhere, a dark, haunting, heaviness descends on every part of my personhood. All hope and joy are sucked from my life and I am left with a weight of fear,  despair, and apathy.

I consider myself a pretty strong individual. I don’t succumb to pity parties. I usually find a way to pick myself up and fight on; however, these four attacks of depression robbed me of my very self. I existed only in a fog and I had no strength to fight my way out.

With this last episode, I spun out of control for a couple of weeks before I gained enough energy,  mostly through prayer, to remember the technique I had learned during my second bout, way back in college. This technique has probably been the main reason I had avoided a full-blown

depression since 1992. I have used it to counsel my husband and children through their difficulties and I have shared it with other friends and family who have found themselves trying to dig out of the pit of darkness.

The technique comes down to one question: What lie are you believing?

I don’t know why some people are more susceptible to these lies or why certain times in our lives weaken us to allow depression to grab a hold, but no one is immune to its power. In some cases, medication may be required; however, medication should not excuse us from learning to fight off these attacks with both spiritual power and mental strength.  Though I have found in these most darkened times great strength and aid from my faith, what I  want to focus on in this article is the mental technique that is necessary for victory over depression.

What lie are you believing?

I firmly believe that at the root of most depressions is a lie. Whether you are fighting a long, life-altering depression, that may require medication or the kind that just makes your weekend a

bit more unhappy, you will find at its core a big fat lie. Actually, the lie is most likely a small variation of truth, but it’s enough to rock your world.

Looking back on my situation, I can now see clearly the lies that drove me to despair. In high  school, I was afraid of my life ending before I had a chance to live it fully. This fear was provoked by an evangelist who came to my church and told us the Jesus would return before the end of 1986. In college, I was afraid that God would take Chris away from me and force me to marry someone else. I was driven mad by whispers in my mind that caused me to see God as a giant Kill-joy in the sky, taking pleasure in my misery. After the birth of my daughter, I battled for three months with fears that I was ruining her life. I obsessed over every detail and the darkness robbed me of the joy of new motherhood. And then, most recently, external circumstances triggered my fear that I would never find peace. Once again, my view of God as a giant Kill-joy returned and I felt that He was sitting on his throne chuckling at my unhappiness.

From the outside, these fears may seem absurd. You may think that only a crazy woman would worry about these irrational thoughts. Yet, anyone who knows me, considers me a  strong woman, a woman who possesses logic, determination, and rational thoughts. But that’s the magic found in the lie. It doesn’t require logic or common sense, all it needs is a weakened host to embed its tentacles into and grow out of control.

Most people who experience depression would say that their existence is primarily governed by FEAR. It’s the inability to deal with that fear that causes them to physically shut down. They sleep, they cry, they can’t eat, they fail to function. Yet, what I have learned is that the fear is fueled by a lie and if you want to win the battle over the fear, you MUST figure out which lie is feeding it.

This technique is what I have used repeatedly through the years. It may not be a full-blown depression; rather, just a small heaviness that has stolen my joy for a short amount of time. In either case, I have had victory.

Here’s how it works.

Walking around for most of the day, I may feel like I’m in a fog of melancholy before I recognize that I am unhappy. The outward signs of the darkness show up first and are usually what alerts me to this internal battle. I may be irritable, weepy, critical of myself, or feeling hopeless.  At some point, I become aware of these signs and recognize them for what they are... outward signs of an internal duel.

At that point, I stop and mentally start going back through my day. I try to pinpoint the moment when my mood changed. Sometimes it will be something that I read or words a friend spoke to me. It may be a memory that was triggered or an attitude from my child. Whatever it was,  there was some event that started me down that path of depression. Once I figured out the trigger, I can now identify the lie.

See, there is always a lie. The truth will not lead you down the path of bondage. As the scriptures say, The Truth shall set you free. If you are being tied up by fear or depression, it is always because of a lie. As I showed in my own personal example, the lie does not need to be logical or even large. In my less debilitating depression moments, the lie has been as simple as “You are a terrible mother” or “You are unloved”. I will hear lies such as, “Your work is meaningless”,  “God doesn’t care”, “You will never be healthy” and “You will fail”. Oftentimes, these lies are delivered to my heart through un-intending messengers. A friend may just be sharing a victory in their own lives and I will hear the lie whispered to me, “You will never measure up.” The lie is so sly. It enters without being noticed and it begins it damaging work. It may be hours, days, or even weeks later that you finally see the fruits of that damage. If lots of time has passed, it may require a longer time for you to trace the fear back to the lie. Ask yourself, “What am I  afraid of?” Then follow that question with, “Why do I fear that?” You will find that something triggered that fear by planting a lie.

The technique doesn’t stop there.

Once the lie is identified, the most important step must be performed. You MUST counter that lie with Truth!

Whatever the lie is, there is truth that will counter it. For me, I usually resort to what I know to be true about God. I can trust that He always has my best in mind. So, if the lie says, “You are  a terrible mother,” I counter with, “Only by God’s grace will my children be okay and He loves  them more than I can even imagine loving them.” If the lie tells me, “God wants me to be miserable”, I counter with, “If I am to suffer, I will offer it back to Christ for his use in the lives of others. He will give me the strength to survive my suffering.” For some of you, these responses  may sound too religious or spiritual, but truth is truth, no matter the source. Every lie has a  countering truth, and it’s crucial that you find what that is.

Depression is real. Millions of people on this earth struggle daily through its suffocating darkness. Yet, there is hope. With the right know-how and technique, these suffering individuals can begin the fight to gain back their humanity which seems lost to them. One lie discovered and countered with truth will not magically erase the bleakness; however, that small victory can provide just the right amount of strength to allow you to get your face above the surface of the water and breath in a gulp of hope. It requires tenacity and the willpower to stop being tossed around by fear.

I understand the hopelessness. I understand the way depression sucks every ounce of strength. I have survived the darkness. It just takes you claiming that moment of clarity and following that fear back to discover What Lie You are believing.

**Disclaimer: I am not a doctor. I am just a woman who has actually lived through the depression and gained victory using this technique.  Please seek professional counseling if you need further help. Also, though I have spoken on this topic several times, this is my first attempt at writing about it. If my thoughts are unclear, please feel free to contact me for further explanation. Blessings.

The Benefit of Failure

“The beginning of love is to let those we love be perfectly themselves, and not to twist them to... END_OF_DOCUMENT_TOKEN_TO_BE_REPLACED